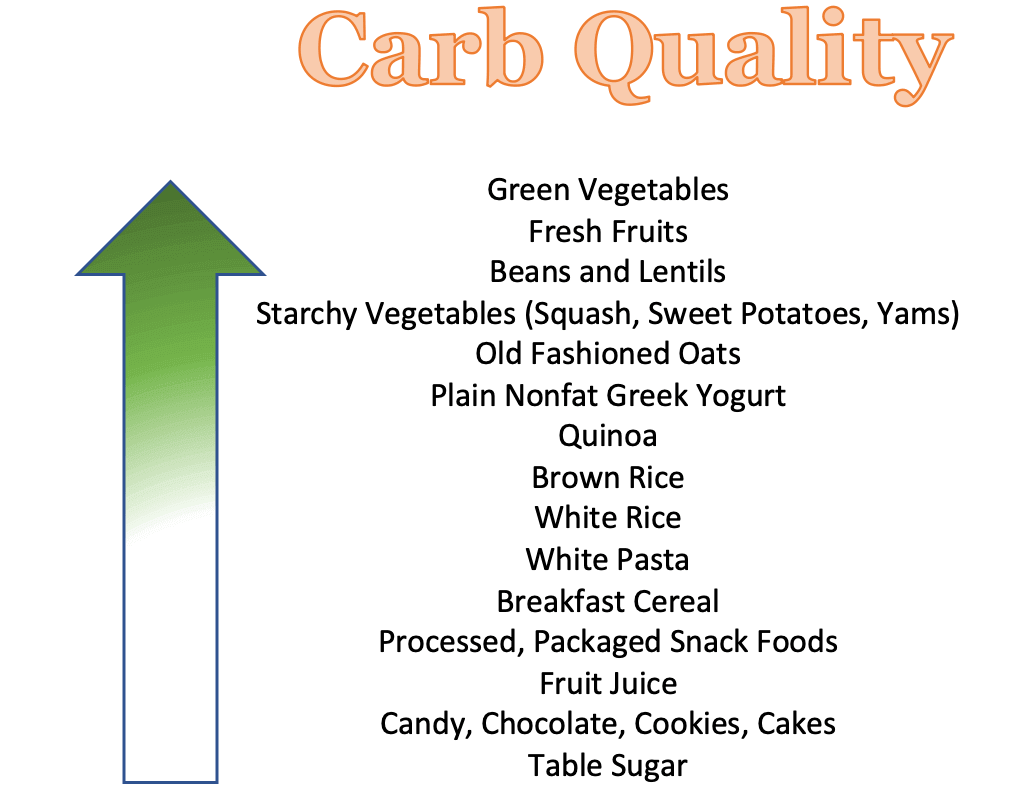 Having trouble sticking to your low carb bariatric diet? You need to take this to heart. Food is more than numbers. Choosing a food based on lack of its carb count doesn't necessarily lead to a good choice. Low carb cookies are still cookies after all! And having vodka for breakfast because it doesn't have any carbs doesn't make any sense

Focusing on quantity of carbs without attention to quality of carbs is the # 1 low carb bariatric diet mistake.

Quality of food matters. Especially when it comes to carbs. Carbs aren't created equally. The carbs in jelly beans aren't the same as the carbs in garbanzo beans.

Learning to choose (and enjoy!) quality carbs will ultimately help you stick to a low carb bariatric diet.

Call them what you may, nutrient dense, quality carbs are packed with good nutrition and fiber. The fiber is significant because it helps you feel full on a small amount, and keeps you full for a long time. And when you're not hungry, you're not rummaging around for food!

Quality Carbs are What I call “Self Limiting.”

Self limiting means you feel full before you're ever able to overeat. There's a natural cut off that just happens when you full. When you eat foods that are self limiting, you don't have to decide in advance you're "only going to eat X amount." This is extremely important to embrace! If you choose quality carbs, you don't have to worry about eating too much and going over your number of carbs per day.

Can you ever remember a time when you binged on the carbs from beans or vegetables? I would guess not!

Think about how long a bowl of cold cereal fills you up ("bad carbs"/"junky carbs") vs a bowl of old fashioned oats (quality carbs). Get it? You’re better able to control hunger, cravings and ultimately calories when you eat quality carbs.

Learn to add quality carbs to your diet

See my Quality Carbs Board on Pinterest for suggested recipes

You’re more likely to overeat the less nutritious junky carbs found in processed, packaged foods. Due to their texture, lack of fiber, lack of water, and the chemical structure of the carbohydrate in these kinds of foods, they're digested very quickly. This means they don't fill you up very much or for very long. They're referred to as “slider foods” after weight loss surgery.

Slider foods easily just sliiiiiiide right down, which allows you to eat larger portions than you intend. Translation: It's hard to stick to a low bariatric carbs per day  when the carbs you choose are from slider foods.

Note: Besides inhibiting your weight loss or causing weight gain, these foods may cause dumping syndrome.

You’re more likely…because you’re more able …to eat more carbs than you intend when you choose the sliders foods. 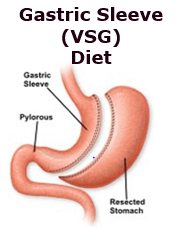 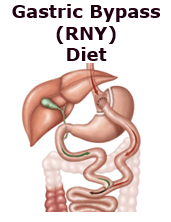 Bariatric Diet Guide is an informational website only. The information provided on this website is for educational purposes only and is not intended to be a substitute for professional medical advice. All rights reserved. This website, in whole, or any portions thereof, in any form whatsoever, may not be reproduced without permission. And if all else fails...my lawyer can beat up your lawyer.